Cayman Brac offers some excellent diving and its scenery stands out because of the steep and long cliff across the center of the island.

Cayman Brac lies only eighty miles from Grand Cayman and is the most eastern island of the Cayman Islands. It is a narrow long island with a cliff like formation in its center called the Bluff. Its name Brac is the Gaelic word for bluff, hence its name. It is a steep limestone ridge offering dramatic scenery with all kinds of sinkholes, exceptional nature and a lot of wildlife. There are many caves such as Bat Cave, Great Cave and Rebecca's Cave which have been made even more famous because of the tales being told about hidden treasures and pirate gold hidden in them. It is world renowned for sheer vertical rock-climbing, hikers and environmentalists will be treated with several special beauties of the world's flora and fauna. Frigate birds and boobies are a few examples, but many other species use the Brac as a stopping point as they migrate back and forth. Other highlights are Stake Bay's museum, West End Point and the views from its lighthouse that stands on the island's highest point and offers stunning sights across the ocean and the island. The friendliness of this indigenous seafaring community of almost 1500 people is astonishing. You will be treated with their warmth and hospitality which gives this paradise an exceptional peaceful impression.

Cayman Islands was first discovered by Columbus's fourth trip in 1503 and named 'Las Tortugas' because of the many turtles that were living there both above and below the surface. Later it was named after the word Cayman alligator which was coming from the many local iguanas that were misinterpreted as alligators. It were English deserters that first settled on the island and up until today you can still see the vast role of women as the men were always out on sea learning to be a sailor. Nowadays it is a rich developed and touristy island where the economy is thriving, unemployment is absent and tourism is on its top with all kind of activities to be booked. Resorts, restaurants and tourist shops pop up everywhere you go. It even has a car rental shop and renting a scooter for a day to tour around the island is possible. Fishermen are always happy to take you on a fishing tour for catching tarpon, bonefish or other game fish or act as a diving guide. One of its culinary favourites is called patties, which is the counterpart of the American hamburger, but better of course.

Diving is excellent with more than forty different dive sites to choose from. Small fish life, bright colours and stunning corals and sponges set the tone at shallow shore dives such as Radar Reef. Cemetery Wall is an example of one of the Brac's spectacular steep walls with all its present marine and pelagic life. The walls often start at 70 feet deep going down well over 300 feet; far beyond the recreational diving limits. They are for advanced scuba divers only and the water's visibility is often so clear that you can see up to 150 feet, making most dive sites, even deep ones, suitable for snorkellers as well. The Captain Keith Tibbets is one of Cayman's best and youngest wreck dives which you should definitely try to dive. These warm Caribbean waters will treat you with almost all common marine fish swarmed around towering coral heads and supplying you with an experience never to forget. 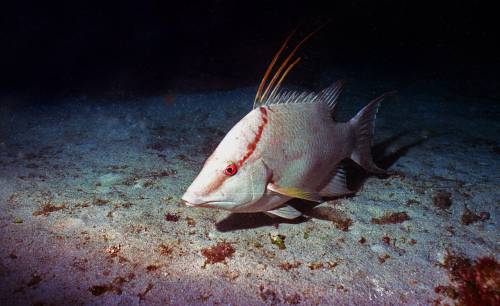 Visit our partners! Or become one.